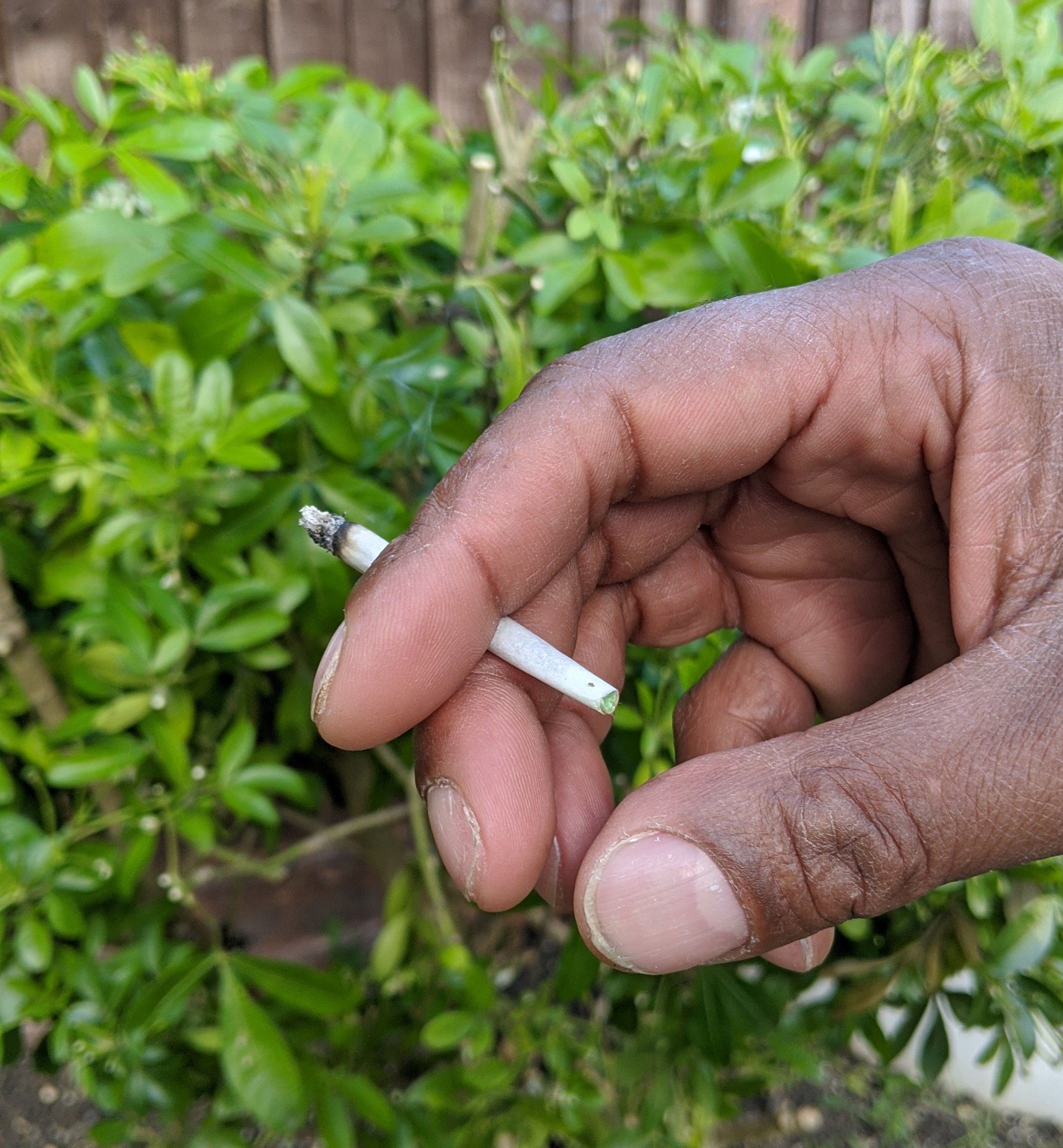 Inspo: Man walking in park at 9am smoking while everyone else runs.

He had arrived with a spark between his fingers and a cloud between his ears. Eyes fixed on the ground, the sun beat against the black skin of his slouched neck. He put one foot in front of the other against the stream of joggers that lapped past him. The only thing that was –

Well, I, well I suppose I was trying to do you justice. Do you not like it?

He put the cigarette to his lips and pulled until his lungs were full.

“Look, it’s not like I planned for sh*t to go down like this. Any second now my girl’s gonna be bellin’ my line asking me where the hell I am. I just can’t f***ng face it right now.”

Two more runners zipped past him in without him noticing. So what happened?

“Look it’s not like I properly went out looking for anything to happen. But I broke her trust, innit, so it doesn’t matter.”

The crunch of a crisp packet reverberated in the air as he tread on it, waking – this is too much again, isn’t it?

Sorry. An empty crisp packet crunched when he stepped on it. Right, carry on.

“Monday, she wasn’t home. She’d gone to the supermarket. But on God I wasn’t planning on doing nothing. Anyways, fast forward now, it’s been three hours and she’s still not home. I walk into the living room and guess what I see? Laying right there, I don’t even know how but laying right there. All naked. Telling me to eat  – look you know what I mean.”

Goodness. He winced at his own words. Whether the words to come or the words just gone it was hard to tell.

“She caught me in the middle of it. Door swings open and boom. I’m finished. I know I needed to fix it. And today? Today I found out I couldn’t.”

His cigarette was nearly done. He neared his umpteenth lap around the park. The weight of his actions rested heavy on him. To recover from an affair would be no easy  –

“AN AFFAIR?! I ain’t no cheater, bruv are you confused?”

“Mate, I ate her chocolate bar. It’s a madness to get it in supermarkets anymore, the shelves are wiped clean. Man said ‘affair’. Listen, she was saving it, but she left it lying about.”

So there was no other woma –

Fine! But what on earth are you doing moping around the park for over a chocolate bar?

“Pipe down, when you’ve been with someone for seven years a chocolate bar is a big f***ing deal. This morning I went to the supermarket mad early to go and pick up another one for her. I queued for two hours. Went round the whole shop. Queued again to pay. Got to the till. And guess what?”

He chucked the cigarette on the floor and stomped it out with a trainered foot.

“You know what the worst bit is?”

He reached into his back pocket and fumbled for another cigarette. He let it teeter in his lips as he lit it.