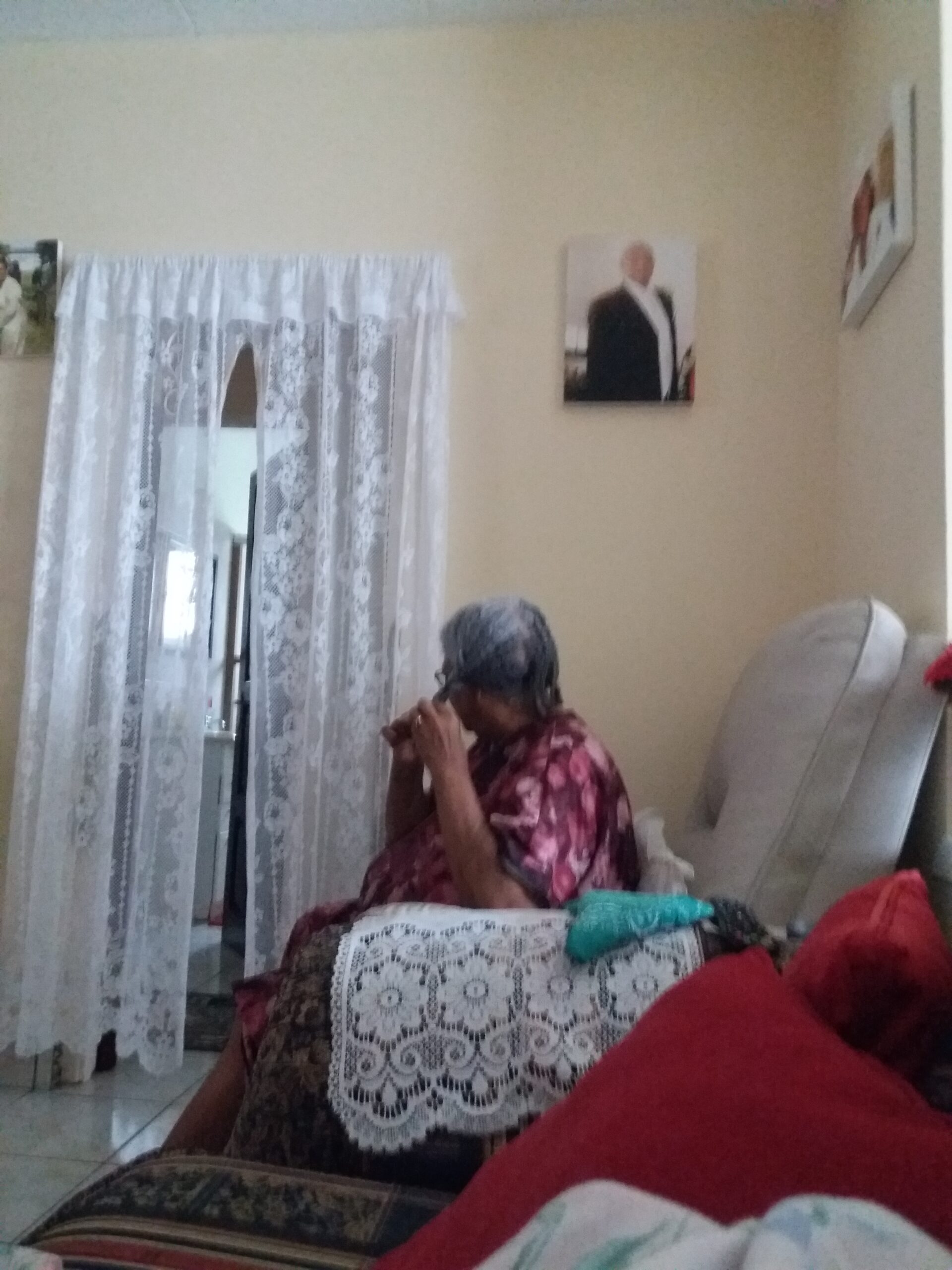 Inspo: Two days ago it was Grandma’s birthday. I wrote this back in December after a call I had with her and only shared it with three people, one of which was a teacher for a homework assignment. Enjoy.

I have been putting off calling Grandma all year. Not my Nan, that’s my mum’s mum. I live with her so that would’ve been a bit awkward. Grandma is my dad’s mum and she lives in a town called Mandeville in the borough of Manchester on the rock called Jamaica. It’s not that I haven’t spoken to my Grandma; we call as a family every now and then. But those quick “how are you’s” while the telly’s paused and the phone’s baton-ed round the family aren’t enough and I know it. Amongst every other responsibility, deadline and plan, a one-on-one call with grandma got donned to the tomorrow that never actually came.

Grandma moved to England in the early sixties with Granddad and stayed here until 1998, she tells me on our call. When I was born, my Grandma was back home for a funeral. While she was in town a lady sent a message all the way to her that Mellisa had just given birth, and that it was a little girl. Ohh a beautiful little baby girl. When I was a baby my mum worked days and my dad worked nights which meant while the sun was up, I was my dad’s responsibility. That meant a lot of time spent at Grandma’s house. One time, Paul called.

“Mummy are you going anywhere today?”

“Mummy the baby is sick.”

Paul bust through the house all not knowing what to do and that made him all worried and such. So, Grandma just took me while he nipped out and put some olive oil on my head and said a little prayer. Now when he came back, I was there playing on the ground laughing. Paul, all confused, said:

“Mummy! What did you do? How did you make her better?”

“Well I just anointed her and said a little prayer.”

All Paul kept saying was “oh mum”, smiling down at me.

Grandma told me about ’98 when she left. Mellisa had not yet had my brother. I was two, yes born in ’96 so I was two. And my mummy and my daddy brought me to the airport with Grandma and Granddad and the rest of the family. And she wrapped my hand in hers for a while and said

“Okay, grandma has to go back home now. I will miss you.”

She cackles down the phone. She tells me there’s no way I knew what she was saying because I was two, but she felt she must say it anyway. I hear the sigh that follows louder than she wanted me to.

Our conversation moves on to the present. I tell her that Nanny is doing well after she asks. She asks about this school I’m going to now. I explain that it’s for advertising. I’m learning how to make adverts like the ones she’d see on TV or billboards or hear on the radio. She says that’s nice and asks me where it is. I say it’s right in Brixton, not too far from the market in that big chur – wait! It’s where you christened my dad, that church, the very top of that church. She sends an ohhhhh down the phone. The one just opposite the town hall. Yes, I do remember that. You know your daddy was too fat for the priest to hold. Ay! Honestly the man nearly break his hand trying to hold your daddy up.

The calling card cuts my grandma off midsentence. At the beginning of the call the automated lady commands: “you have 250 minutes remaining”. We got to thirteen minutes and twelve seconds before she threatened: “your credit is running low; your call will end”. No doubt my grandma knows why it just cut off, but I didn’t get to say goodbye over the phone which if nothing else is just a bit rude. I do miss her. In writing this I can feel it all well up in my chest, swelling ‘til it prickles against the back of my ribs. My grandma is proof to me that some of the strongest relationships do not need constant watering. Watering would be ideal, and I know I could do more. What I mean is that it doesn’t change anything. I could not love her any more fiercely than I already do.